What Were These Massive Hornet Balls Used For? 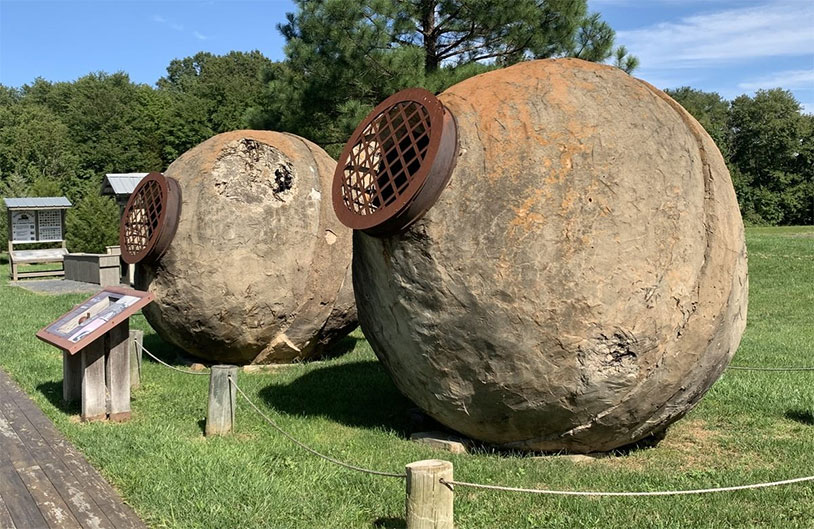 It’s wild how many things have passed into the vault of history, even in the relatively young United States. Case in point: this pair of “hornet balls” excavated from an abandoned mine in Goldvein, Virginia. Gold mining in the new world was a source of income as early as the late 1700s, with Thomas Jefferson once discovering a four pound lump of the precious metal. By the time the country expanded to the West Coast, most of the deposits by the Atlantic had dried up, but the artifacts of the industry still remain.

Monroe Park and the Gold Mining Camp Museum opened in the Virginia town in 1998 to share some elements from the state’s mining history. Visitors can see a replica mining camp, tools and more, but one of the oddest attractions is the Hornet Balls, which were salvaged from the nearby Liberty Mine.

Made of a cast-iron framework covered in concrete, these massive spheres were built for an unknown purpose. They look a little bit like gargantuan Christmas ornaments, with a cylindrical stub on one side that exposes the inner iron grid. There is speculation that they might have been mounted on enormous axles and rotated to grind rock into pebble that would then be sifted to extract gold, but nobody really knows. They’re certainly cool, though.