What Would Anyone Do With Unlimited Gumballs, Anyway?

This video is the classic bait and switch; we’re upfront about that kind of stuff here at The Ball Report, even if the so-called “Claw Kicker” isn’t. What appears to be, at first glance, a guide to scoring all the cheap, stale gum you could possibly want is actually a choppy, first person view of a kid wasting seventy-five cents. “Four pieces of gum for one quarter!” he exclaims, in the year 2015. “The monsters didn’t knock it off.”

What goes unanswered here, besides the question of how to actually get the unlimited gumballs promised in the title, is: what good would it be to have unlimited gumballs if you could actually manage to get them? The chewy, shining orbs rolling around in their acrylic “Beat the Monsters” vault hardly seem worth braving a Wal-Mart for, much less sacrificing any comparatively precious quarters. Most of us can afford better gum without paying the carnival barking tax. The channel’s dedicated fans, on the other hand, remain in awe. 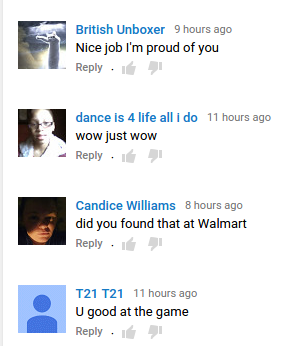 The irony of two children pulling off such a measly exploit, each filming with their own camera worth hundreds of dollars, is not lost on this viewer, at least.