What’s The Deal With The New Years Ball Drop 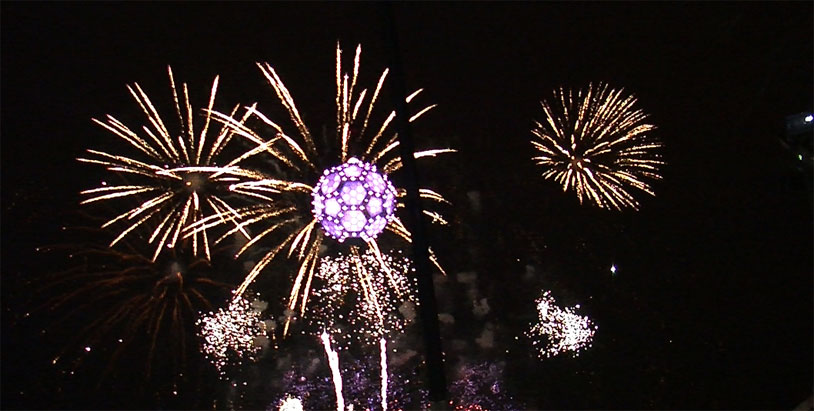 Traditions are funny things. Why do we throw salt over our shoulder for good luck, or eat cakes on birthdays? Its hard to say, and we’d have to venture back into the dawn of time to figure out some of their origins. Around New Year’s, another unusual tradition happens all around the country: at the stroke of midnight, people drop balls. Probably the most famous ball drop happens in New York’s Times Square, but it’s joined by hundreds of others. So what does a descending orb have to do with the end of a year and the beginning of another one?

Like many things, it comes back to the sea. Timing balls are nautical devices that are typically kept in observatories. Once a day at 1:00 PM, they would drop from their perch and signal any sailor in range that they should calibrate their primitive watches – called “chronometers” – to their accurate time. When the discharge of fireworks was banned by New York in 1907, New York Times publisher Adolph Ochs had a 700 pound illuminated ball constructed to drop from the top of his building for New Year’s and a tradition was born. It spread like wildfire until nearly every town now does it.