What’s Up With These Glass Balls From Space? 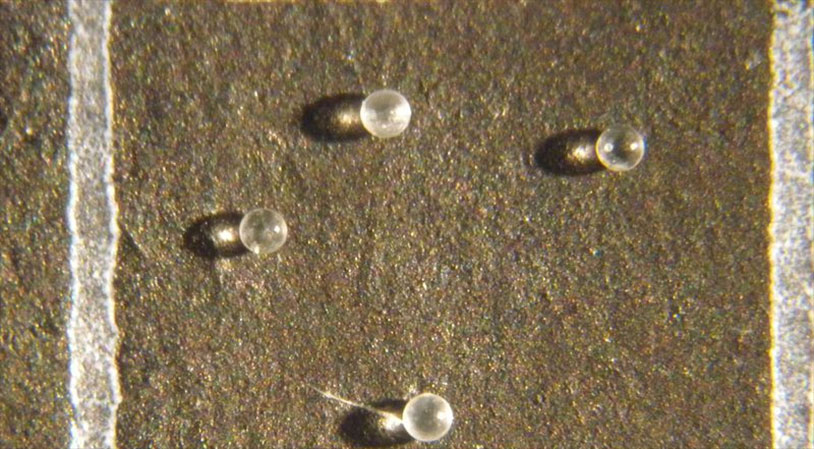 Plenty of things fall from space on meteorites, but most of them are fairly innocuous. But the discovery of some mysterious tiny glass balls in Florida has scientists wondering if they didn’t come from a meteorite that made landfall millions of years ago. This is a wild ride, so try and keep up.

Here’s where we start: in 2006, the set of glass balls were discovered by a University of South Florida undergraduate student named Mike Meyer while he was digging in a Sarasota County quarry. He managed to extract 83 of the transparent spheres, each smaller than a grain of salt. Unable to figure out what they were, he filed them away in a box where they sat for several years. Recently, curiosity got the better of him and he decided to pull them out and have another look. Upon examination, they turned out to be microtektites, a kind of debris left behind by meteor impacts.

What’s interesting about the glass balls is the presence of high levels of sodium, which typically isn’t detectable in large amounts in microtektites. Their current theory is that they were created by a meteor impact two to three million years ago on the Florida Platform, the base land mass that would eventually develop into the state. Further examination is necessary, but it’s a hell of a find.

Read more at the Sun-Sentinel.