What’s Up With These Moving Glacier Moss Balls? 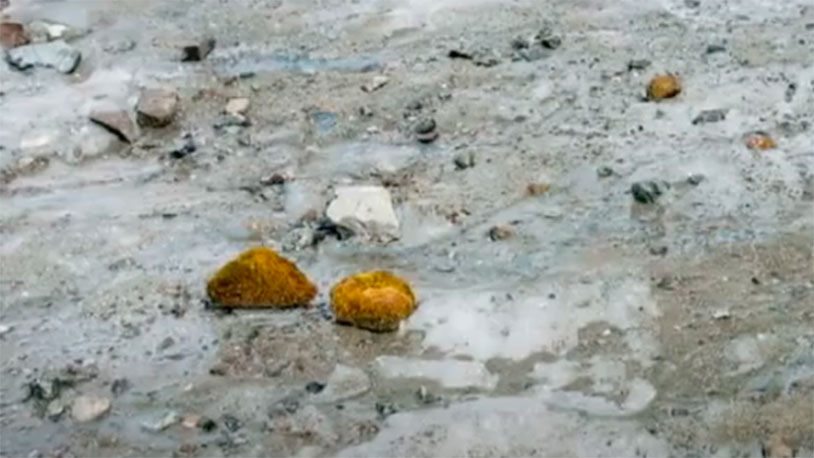 The natural world is full of wonder, and even though we’ve seemingly explored every inch of it there are still surprises and things to figure out. Case in point: the little balls of green moss often found at the base of huge slabs of mountain ice called “glacier mice.” We’ve been observing these for a while, but an enduring mystery remained: why did they move, slowly and steadily, instead of being fixed in place?

We all know that moss doesn’t have the capability for independent mobility, so there had to be something deeper going on with the glacier. Scientists believe that the balls are formed from rare impurities on the glacier’s surface that grant plant matter the ability to make a foothold on the otherwise impenetrable ice.

But how do they move? That still eludes scientists. A study in Alaska attached motion tracking beads to a set of them to try and determine the root cause. The glacier mice consistently moved about an inch a day, all in the same direction. But it wasn’t always downhill, eliminating gravity as a cause. Some thought that the sun melted the ice irregularly around them, but they didn’t always move toward the sunnier side. Another hypothesis, that pillars of ice were forming underneath them, also turned out to be untrue. Whatever the cause, these little buggers sure are interesting.