Why Do Grapes And Water Balls Spark In The Microwave? 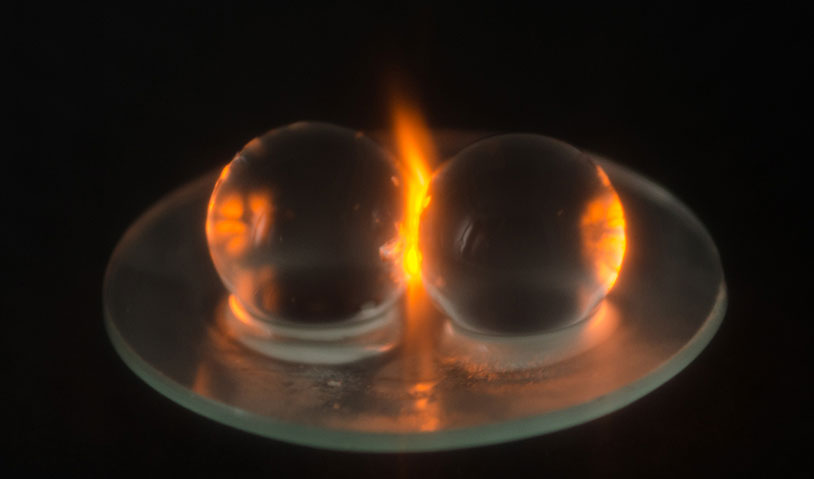 Anybody who grew up with a microwave in the kitchen has heard stories and rumors about putting forbidden things in the appliance, from exploding marshmallows to electrified tinfoil. One of the lesser-known microwave misuses is when you put a pair of grape halves into the thing and turn it on. The two semi-spherical fruits will generate sparks and even plasma between them, and for the longest time scientists couldn’t figure out why.

Let’s turn to Hamza Khattak at Trent University in Canada and his physics colleagues, who were so fascinated by this odd effect that they decided to run it down. They compared simulations of electromagnetic fields to footage of grapes in microwaves and discovered that the size and composition of the spheres helped focus microwave energy on the connection points between the two, which create a “hot spot” just a few millimeters wide that can build up enough power to superheat the air into plasma.

So it’s not grapes themselves that carry the magic – and the team reproduced the effects with hydrogel beads around the same size and density. It’s just one of many quirks involving how microwaves bounce around inside that convenient little cooking box. Feel free to try this one at home.

Read more at Inside Science.