Why’d They Take The Balls Off The Bovina Bull? 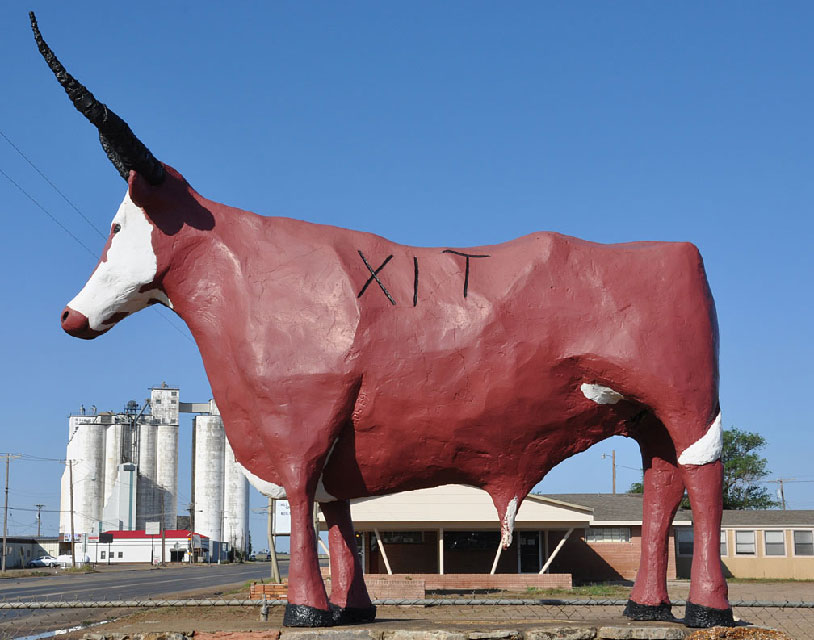 The town of Bovina, Texas is inextricable from the state’s cattle history. Also known as Bull City, it got its name due to the presence of the Hay Hook Line Camp, run by the XIT Ranch that at its peak farmed cattle on over 3,000,000 acres of Texas land. XIT was the largest ranch in the world and the largest fence-building project ever accomplished by human hands. Bovina was a loading point for the Pecos & Texas Railroad, shipping heads of cattle all over the coutry.

To commemorate its history, in 1968 the town put up a statue of a longhorn bull next to a historical marker. The Bovina bull has been a popular spot for travelers for some time, but a recent change has upset locals. As a bull, the statue had a pair of beefy testicles, but they’ve been removed. Here’s a little video that goes into the details.

Hopefully this situation will be resolved, as the Bovina bull just isn’t quite the same without his gonads. There’s simply no good reason to clip a mighty breeding stud, even if he is just a statue. Save that energy for statues of Confederate generals or something like that.