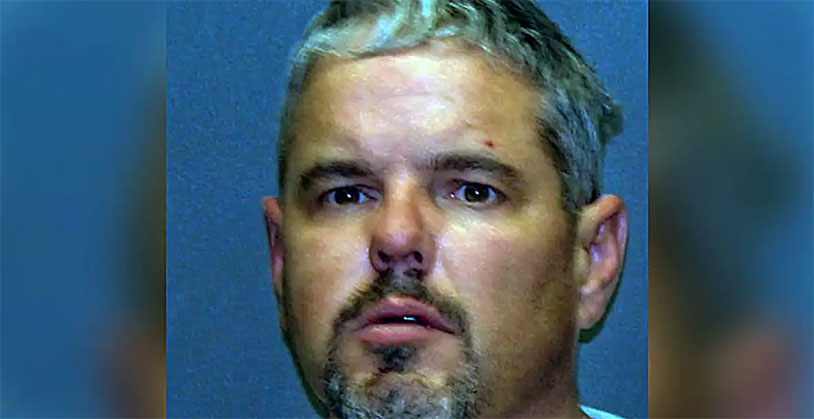 Police in Maryland displayed a staggering amount of restraint in a shootout with a deranged man, waiting patiently as he unloaded over 200 rounds in their direction until he gave up and turned himself in. The only casualty? His neighbor was taking his garbage out by coincidence when the chaos began and took a bullet to his ballsack.

Benjamin Murdy had threatened to kill any police officer that came to his house in Hartford County, and that’s one reason they were cautious when they showed up to investigate a report from his girlfriend that he had shot and killed her dog.

Hartford County Sheriff Jeffrey Gahler told WMAR that they were familiar with Murdy before the shootout, saying “He’s been the subject of a couple of protective orders from a previous relationship and then I think from the current one. I’m not up to spec on all of those, but he had made statements in there that he would take out police if they ever came to the house.”

No police were injured during the gunfire, but Murdy’s neighbor Bobby Schell was winged in the nuts because he had picked that moment to bring his garbage cans to the curb. Schell was pinned down behind his truck during the incident and was eventually hospitalized after Murdy was taken into custody.

Read more at the Pinac News.