Will Ferrell Shows Off His Nuts 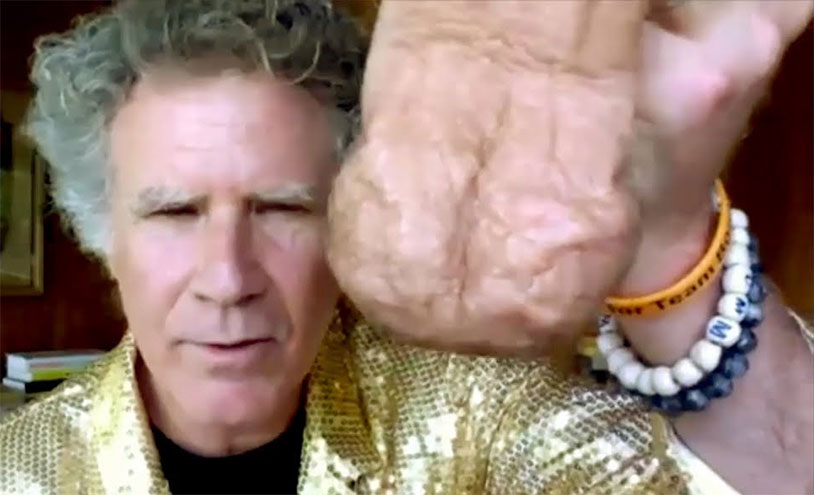 Although the coronavirus is keeping people trapped in their homes, celebrities are still doing the interview circuit. Legendary comedic actor Will Ferrell checked in with the Graham Norton show in the UK, and since he was broadcasting from his own home he took the opportunity to give the audience a tour of his souvenirs.

After showing off the Channel 4 News ring he wore in Anchorman, Ferrell whipped out something truly special – the prosthetic testicles he wore in Step Brothers in the iconic scene where he plays his new sibling’s drums with wild abandon and dips them on the drum kit.

That scene is definitely one of the most iconic balls-related bits in cinematic history, so it’s pretty great that Will Ferrell feels as strongly about it as we do. The fact that he’s stored these rubber testicles in a cardboard box in his home and brought them out on multiple occasions is pretty spectacular. Now we want to know more about their backstory – were they bought from a retailer or crafted from scratch? How closely do they resemble Will’s actual nuts? We reached out to his management, but we doubt that an answer is forthcoming.