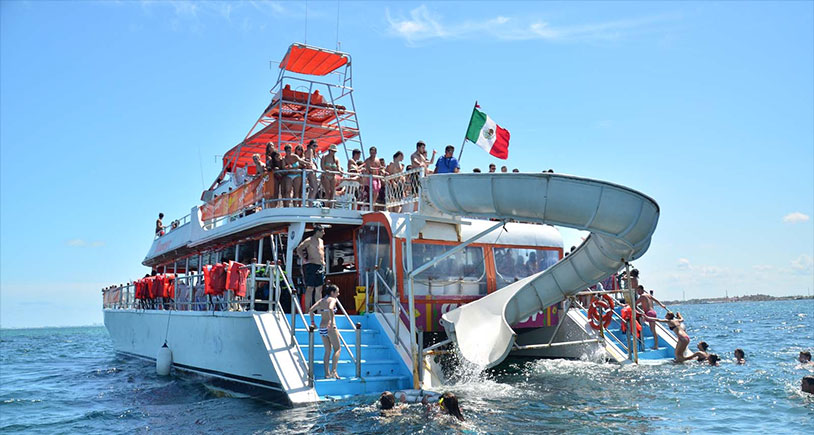 I’ve always had a little bit of an aversion to floating parties. Yes, they have nice – and ever-changing – views, but once you’re on that party boat you can’t really leave until it comes ashore or unless you’re a good swimmer. And I’ve been to enough parties that I left early to know that not being able to do that is a major downside. One bloke in Australia had it even worse – while he was on a Christmas party cruise, he ended up getting his balls pinched so hard it ended up in court.

Two different finance companies chartered a party boat in Sydney for their annual holiday cruise, and an employee named Zhe Zhang was minding his own business watching some chairs for his friends when he was approached by a woman named Alice Zhang Thomas who worked for the other company. She sat down in one of the reserved chairs, he objected and then things got weird.

According to testimony, Zhang Thomas said “You know in Australia a man cannot beat a woman but a woman can beat a man” before violently pinching the poor guy’s nuts and then smacking his glasses off of his face. She then grabbed a framed certificate he’d been given by his managers and beat him on the head with it. Yikes!

Mrs Thomas was charged with common assault and assault occasioning actual bodily harm, found guilty and made to pay a fine of $2,800.