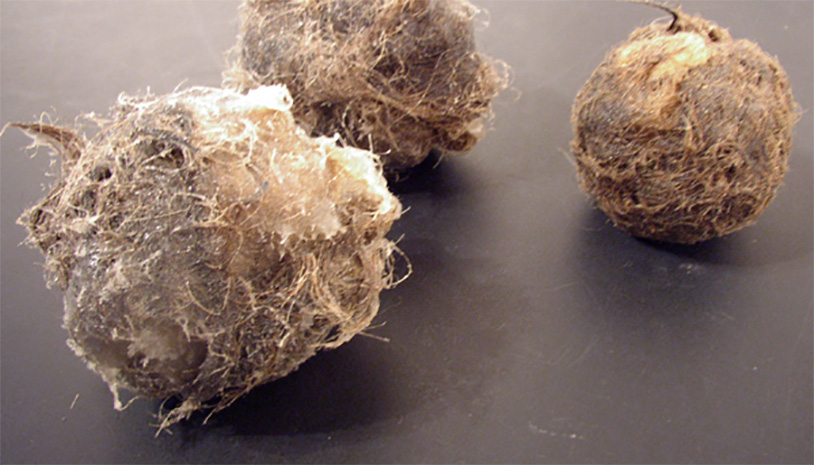 When you hear the word “hairballs,” your mind typically turns to thoughts of cats. But it’s certainly possible for humans to build up enormous wads of hair in their digestive system as well, especially if they’re subject to mental disorders that cause them to obsessively eat it. That’s the reason a woman in Saudi Arabia had two massive clumps in her gut with a combined weight of 2.8 pounds.

Gulf Digital News has the whole story. The woman checked herself into Samtah General Hospital with complaints of painful stomach ache and vomiting, and when they did an examination they discovered what’s known as a trichobezoar, a massive wad of hair, in her bowel.

This is far from an isolated case. Other people have had even larger hairballs removed, including a young woman with a nine pounder. The general behavior of this obsessive disease involves chewing on the hair while it’s still on your head, and then accidentally swallowing it. Over time, it builds up, unable to be ejected from your system. The end result is what’s called a “bezoar,” and it’s only removable through surgery. The Saudi Arabian woman is now undergoing counseling to try and prevent her from building up any more hairballs.