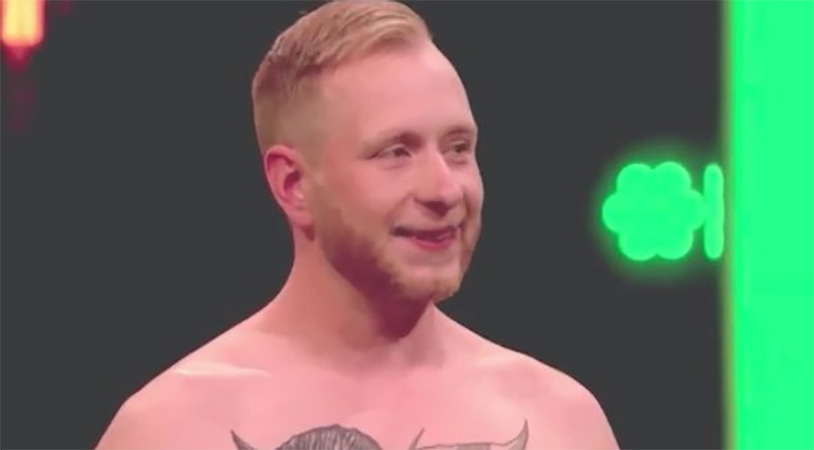 Dating shows are bizarre beasts, and the UK has some of the weirdest we’ve ever seen. One of the hottest shows on the air over there right now is Naked Attraction, which strips off all the pretense and puts two single people together stark raving nude to see how they get on. A recent episode came up on our radar because a bloke got eliminated because of his “tight ballsack.” That’s a new one on us.

The potential couple was a store manager named Stephanie and a guy named Nathan. When Stephanie got an eyeful of Nathan in all his glory, she chose him as the guy to get eliminated that round because his gonads hung too high.

Apparently Stephanie is a big fan of low-hanging balls, telling host Anna Richardson that “There was a time before when I cupped them in my hands and they were really hairy and sweaty and I could have wrung them out.” She said she let Nathan off the show as a result of his tight ballsack, claiming that it was a turn-off for her.

Viewers were naturally pretty perplexed by the odd decision, taking to social media to discuss Stephanie’s bizarre phrasing and Nathan’s prospects on the dating market.