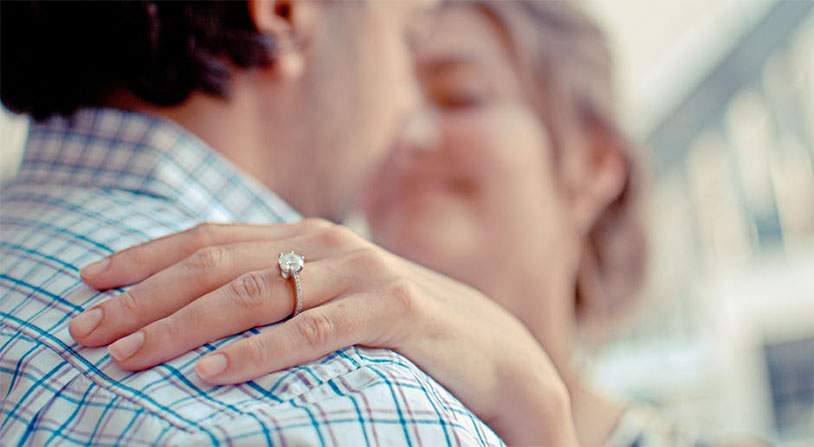 Jealousy is a hell of a motivator, and it can drive women to do some pretty awful things. The latest example of this emotional tomfoolery comes from Poundbury, a designer village in the UK made famous by Prince Charles. When a female found her romantic partner on the phone with a Chinese woman he was romantically entangled with, she reacted violently and mauled his groin with her diamond ring. Read on for more of the gory details.

Rachael Biscoe came home to see her fiancé Trevor Camp on the horn with his unnamed paramour and flew into a jealous rage. It probably didn’t help that the dude was naked from the waist down. The other woman was on the line during the whole assault and heard Camp yell “She’s got a knife and she sliced me!”

Biscoe then left to walk her dog, leaving Camp in agony. The police were called and they searched the scene but couldn’t find the knife or anything else that could have been used as a weapon – until interviews with Biscoe revealed that the stone on her diamond ring sliced his nuts open.

The pair have naturally split, with Camp moving to China to be with his far-off paramour and Biscoe charged with inflicting grievous bodily harm and given a 12 month suspended sentence.