Wonder Balls Are Back In Stores 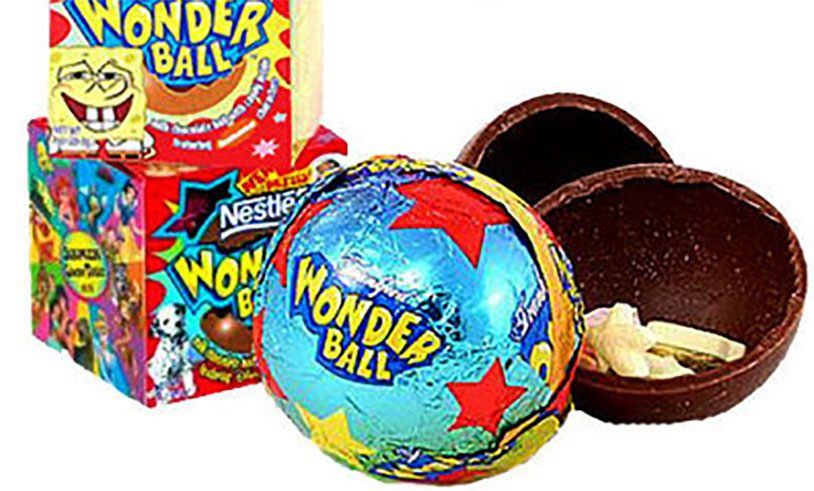 Real 90s kids know that candy was a hell of a lot better back then. We had sweet treats that today’s youth will never know. For one reason or another, some of the best were phased out over the years. But one candy product that has been off the market for a while just made a big comeback – Wonder Balls.

Originally manufactured by Nestle, the Wonder Ball was a twist on the popular Kinder Egg formula in Europe of a hollow chocolate shell that contained a prize. As you probably know, Kinder Eggs are illegal to import here because dumb American kids were choking on the little plastic figures that lurk within them. When they were introduced in 1997, Wonder Balls also came with plastic toys, but in 2000 those were replaced with chalky hard candies (think Sweet Tarts).

Nestle sold the product to Frankford in 2004 and they released a SpongeBob SquarePants version before discontinuing it the same year. A popular urban legend held that Wonder Balls were pulled from the market because some kid managed to choke on the candy, but we haven’t found any evidence that’s true.

A new article from Candy Industry lets us know that the beloved 90s delight is for sale again. The new style has Minions branding, which is significantly less cool. If you’ve missed the bizarre combination of cheap, waxy chocolate and chalky candy, stock up now – we’re not sure how long they’ll last.