Would You Be Interested In A Pickled Frog Balls Challenge? No?

“Good until the end of the world”—that’s the Pickled Frog Balls review from Rhett and Link of the Good Mythical Morning show. Are you convinced yet? Well, don’t be so skeptical. These babies are not, in fact, edible testicles, but rather the “original and legendary” spicy dill brussels sprouts from the Black Sheep Gourmet Food company. Now that doesn’t sound so bad, does it?

At any rate, it can’t be worse than the Pickled Red Beet Eggs from Jake & Amos also featured in this challenge, which, no offense to them, look absolutely dreadful and totally unlike food to us. 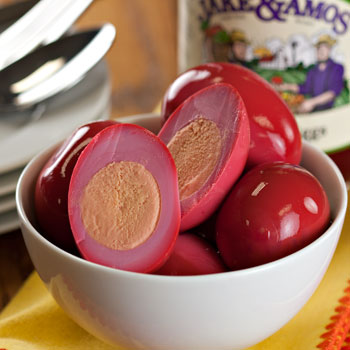