Would You Eat A Bull Testicle Breakfast Burrito? 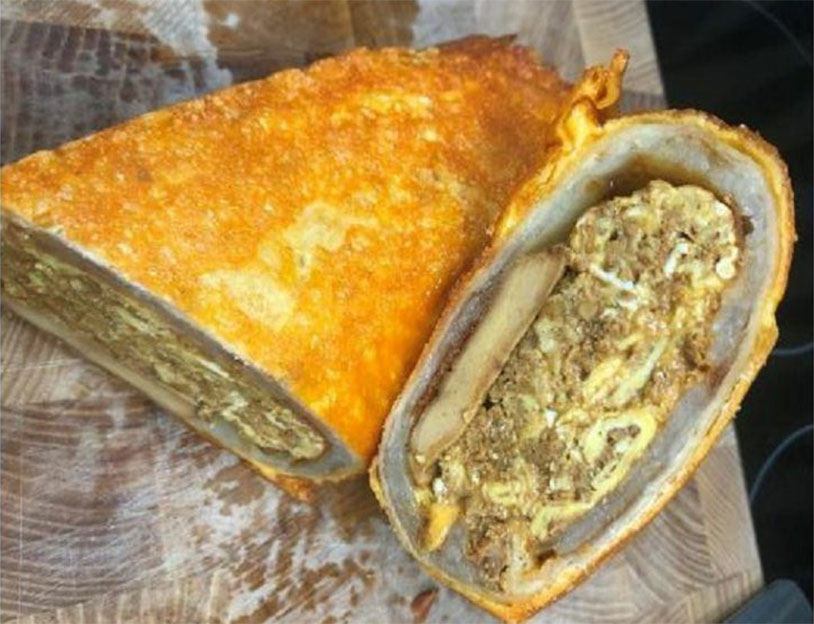 The humble breakfast burrito is one of the world’s most perfect foods, an easy-to-eat encapsulation of protein, fat and carbs that can be made in dozens of different ways. We’re particular to the ones from Las Brasas in San Diego, but really they’re pretty hard to screw up. But what about if you put bull testicles in one?

That was the concept behind chef Josh Scherer’s latest creation for the wildly popular Good Mythical Morning YouTube channel, where he attempted to incorporate bull balls into the breakfast burrito in as many ways as he could. The final product involved applewood testicle bacon, testicle chorizo scrambled eggs and potatoes, all inside a grilled flour tortilla. We have to say, even though we’re not the biggest fans of rocky mountain oysters, this thing looks pretty damn good. Watch the video and decide for yourself.

This project was part of a series Scherer is doing called “Food Fears,” where he takes ingredients that people have issues with (like balls) and tries to make them palatable or even delicious. Just from the video, we have to say he succeeded with this one. But honestly, there’s not much that couldn’t be made good by putting it in a burrito. It’s just the law of the universe.

Read more at So Delicious.