Wrecking Ball Having Problems With Leaning Tower Of Dallas 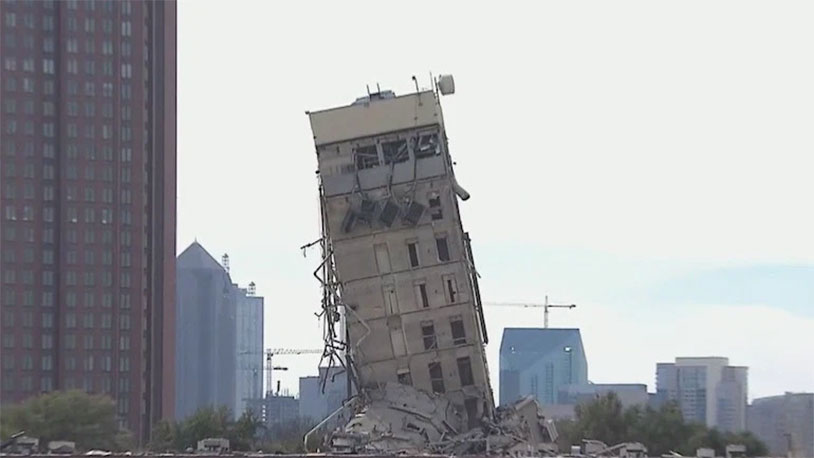 A Dallas office building took a little longer to be demolished than bystanders thought after the wrecking ball proved slightly too small for the job.

Technically, the ball that crews are using to take down the “Leaning Tower Of Dallas” is the right one for the job – because of the building’s position and structure, using anything larger than the 5,600-pound ball would violate OSHA regulations. So Lloyd D. Nabors Demolition began taking swings at the former Affiliated Computer Services building at 9:00 on Monday, expecting to be done by noon.

The building originally stood eleven stories high, but after a controlled implosion a seven-story chunk, implausibly still standing if at an angle, remained on the site. The core of the structure is solid concrete from top to bottom, “like a grain silo” according to one observer, making it exceptionally difficult to topple. Some have suggested that a larger crane capable of swinging a larger ball be brought in.

Eventually, a high-reach excavator equipped with a hydraulic hammer will finish the job when the ball is done, but there is no certain date as to when that will be. Officials are now saying it could take weeks before the structure finally comes completely down.