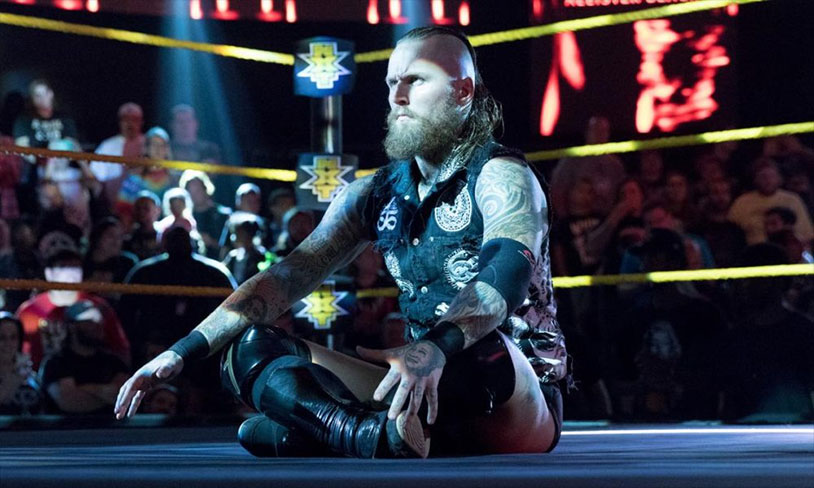 If you’re a fan of WWE’s NEXT brand, where the company lets new talent polish their skills before being called up to the main roster, you’re probably pretty invested in the storyline about former champion Aleister Black, who was attacked in a parking lot by a mysterious enemy and put on the DL, losing his title in the process. While many wrestling injuries are “kayfabe,” or faked for the storyline, Black is actually on the shelf – because of his balls.

The news just dropped that the wrestler, who worked on the independent circuit as Tommy End, underwent surgery on his testicles a month ago for an undisclosed ailment. He seems to be recovering quickly, as he posted a few recent workout videos on his Instagram showing him squatting more than we could on our best day.

Aleister Black was removed from the storyline pretty quickly, and on NXT there’s now a little mystery about who took him out that seems designed to give him a feud when he returns. We doubt the company will be honest about his ballsack injury, but who do you think they’ll pin it on? So far the Undisputed ERA has been exonerated and Johnny Gargano and Lars Sullivan have both proclaimed their innocence.