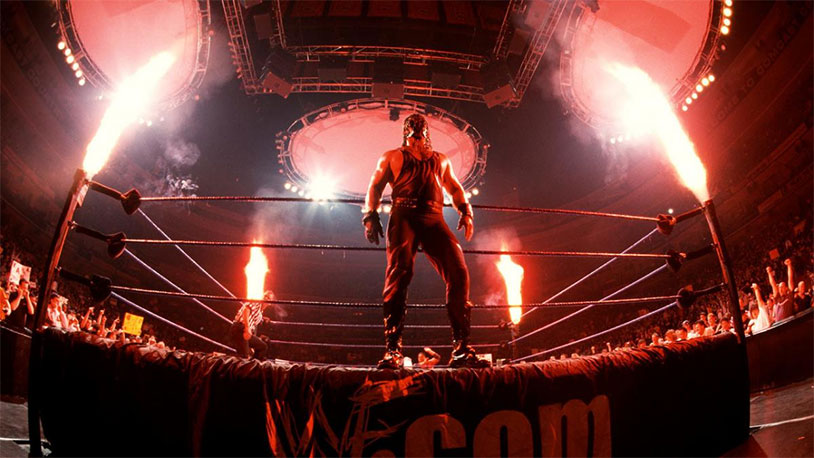 The names that WWE gives their Pay-Per-View events, where storylines come to a climax and athletes put their bodies on the line in service of sports entertainment, range from the sublime to the ridiculous. Classic events like WrestleMania and King of the Ring stand next to stinkers like Insurrextion and Fastlane. But their newest one is probably the ballsiest ever.

The company has announced that the July Raw-brand PPV will no longer be called Bad Blood, but instead bear the moniker… Great Balls Of Fire. It’s important to note that WWE has been moving away from the red stuff in general in pursuit of a more family-friendly demographic, so the days of wrestlers cutting their foreheads with hidden razor blades to gush all over the ring are over. Yes, they really did that, wrestling is gross and weird, let’s move on.

So getting rid of Bad Blood as a name seems pretty sensible. The replacement one, though – even for enormous fans of balls like us here at the Ball Report, Great Balls Of Fire doesn’t scream “wrestling” to us. What, is Kane going to compete in the promotion’s first ever Atomic Wedgie match? Are the newly-returned Hardy Boyz going to engage in some fireworks-based combat like they did in TNA? Whatever could this mean?

Uproxx had the scoop on the bizarre name, and for that we thank them.