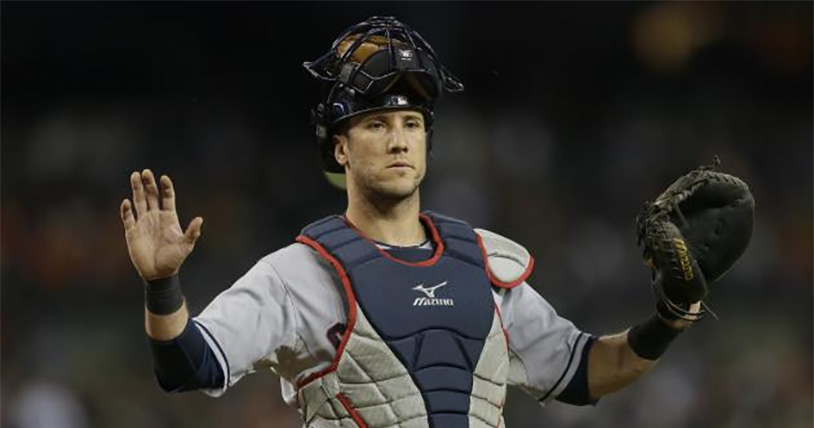 As time goes on, baseball pitchers get stronger and faster, and fastballs zip past the plate with increasingly impressive speeds. Since they’re still human, though, they do make mistakes. And one such mistake in a Cleveland Indians / Seattle Mariners game on Tuesday had catcher Yan Gomes carted off the field with a painful injury to his boys.

CBS Sports has the whole story. Gomes (who happens to be the first Brazilian-born player in MLB history) was at the plate for Dae-Ho Lee’s at-bat in the second inning. Lee caught the edge of a pitch and the ball bounced just so to rocket into the catcher’s groin.

He walked off on his own power, but it was obvious that Gomes had taken a hard blow. He was pulled from the game and sent to the hospital, where doctors diagnosed him with testicular contusion – or, in layman’s terms, a big bruise on the balls. The injury was severe enough to put the catcher on the DL for the immediate future, and he was too sore to play in the next day’s game.

Things just got worse for the Indians, as they lost on Wednesday to the Mariners in a 5-0 shutout. Yan Gomes is expected to return to the field soon, hopefully with a more durable cup. Balls to the balls are no joke!