You Have To Stop Hitting Golf Balls Into Lake Michigan 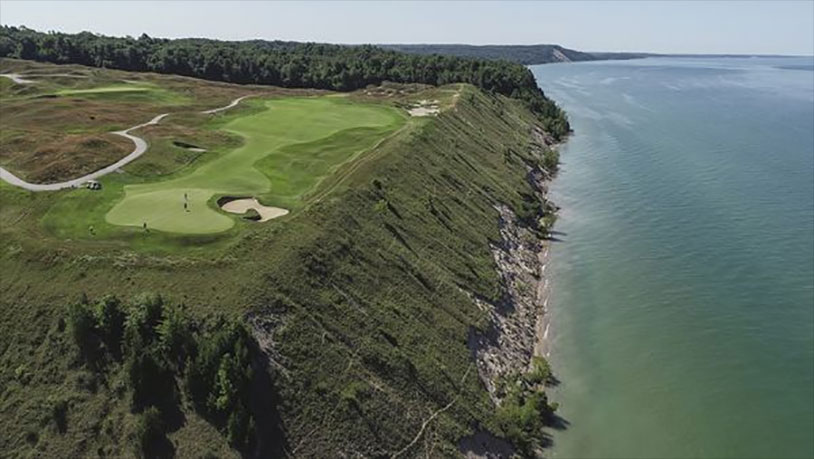 The Arcadia Bluffs golf course on the shore of Lake Michigan is one of the state’s most prestigious courses, with an incredible view over the mighty body of water. But a custom of the course is getting owners in a lot of trouble after a diver found literally hundreds of balls that had been purposefully whacked into the lake.

When you play golf, you typically want to avoid water hazards. But the Arcadia Bluffs owners have long encouraged duffers to let one fly right into the lake on the 12th hole, which looks over Lake Michigan. The course’s website even used to have a cheeky blurb on the hole description telling players to “Go ahead and do it, everyone does.” After the local Detroit Free Press investigated the environmental consequences, the course took the text off of their site.

Mike Shriberg, executive director of the National Wildlife Federation’s Great Lakes Regional Center, had strong words for the course. “It’s dumping without a purpose. There’s no benefit to it. … It’s kind of hedonism.” A representative from the course claimed that there used to be a sign on the 12th hole asking players not to hit balls into the lake, but it apparently had the opposite effect.

We’re not sure what kind of methods Arcadia Bluffs will need to take to keep golfers from intentionally lofting balls into Lake Michigan, but hopefully a little public shaming will do the trick.