Zach Holmes Is A Viral Stunter With Balls Of Steel 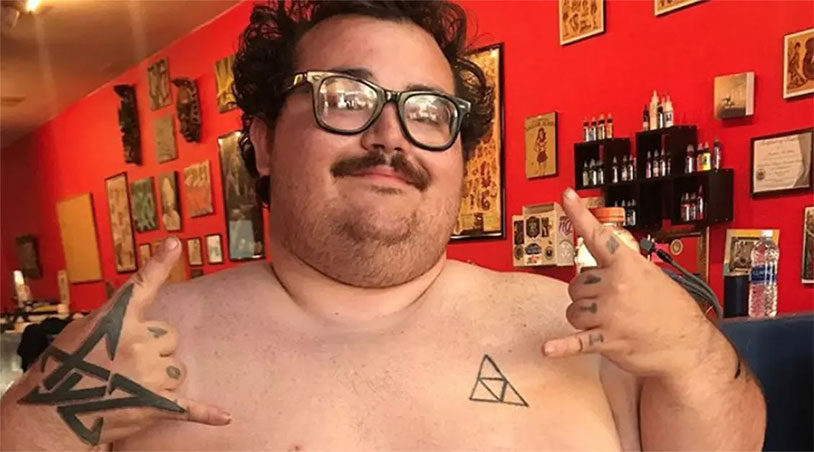 When no less an august personality than Steve-O of Jackass compliments your testicular fortitude, you know you’re onto something. That’s what’s leading people to dub Zacharias Holmes, the new king of the physically destructive prank world.

Raised in a small Indiana town, the man who would become a star was inspired by MTV’s legendary bad-taste stunt show. He felt like his unimpressive body could take the same kind of punishment that Johnny Knoxville and his crew did, so he started out by thinking up similar bizarre stunts. One, where he taped hundreds of Black Cat firecrackers to his pallid, naked torso and lit them afire, vaulted him to the next level – and his own MTV show. Because that was the clip that Steve-O saw, and soon Zack was in Hollywood partying with the big boys.

Too Stupid To Die premiered on the network in 2018, with Holmes and a coterie of fellow travelers engaging in increasingly dangerous and depraved behavior for the cameras. And what about his balls? In his own words, he’s endured so many different traumas to his nutsack that he claims to just not be able to feel pain down there at all anymore. As the piece reads:

“His balls had been flambéed, and gouged, and mohawked, and bass-pedaled, skateboarded, sledgehammered beneath cinder blocks, tasered, railed, poled, backflipped into, remote-control car’d, patted, poked, punched, straight-up kicked until the idea of getting kicked there again bored him out of his skull; they had been javelined, swung on, cut into, potato-gunned, rammed, jousted from a moving ATV, his Meemaw watching in horror at her grandson clutching the family jewels and wailing; and they had been teeter-tottered by the washing machine pushed off that barn (how he smiled and shook his head remembering that one); and they had been slapped and spanked and thwapped, and to think of the aching, the nausea, the whole body quivering from the waves of pain radiating from that one spot, like a funny bone singing as loud as it could, it was really kind of impossible to imagine, and for god’s sake, he had positioned his legs open like a landing strip for that one memorable stunt where they threw a ball down a steep, grassy hill in Hobart and it arrived bouncing at full speed into the soft padding of his manhood: Extreme Downhill Bowling Ball Nutshot! He knew a guy, who’d, like, stepped on a rake, once, and one of his testicles exploded—but, Zackass himself had never even been to the hospital after any single disaster his genitalia suffered, and so he walked among the mortal and appeared on TV with maybe the most mysterious part about him confined behind the zipper of his jeans.”

That’s quite a trade to make for a single season of MTV fame, but in this modern world you take whatever you can get. The profile is definitely worth reading, a deep dive into the stunt economy and what it does to its participants, willing and unwilling.

Read more at The Ringer.