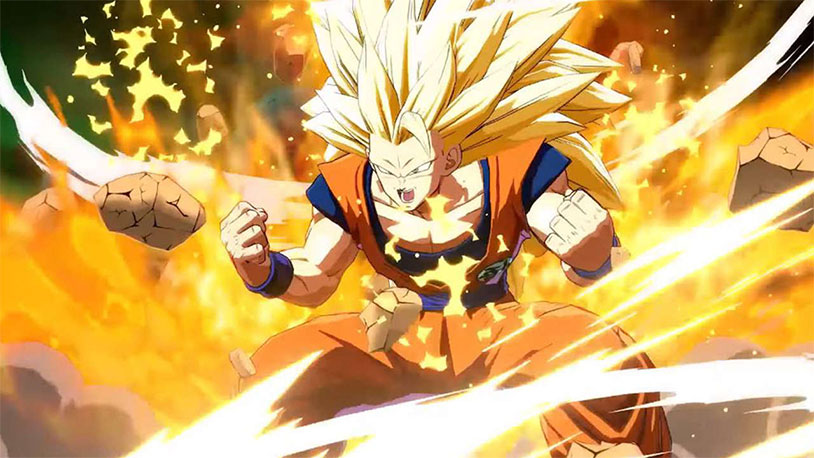 Fighting games based on anime properties haven’t typically been all that great in the past, so that’s why it’s our pleasure to report that Dragon Ball FighterZ is a notable exception. Developed by genre veterans Arc System Works, it’s a deep and flashy brawler with tons of interesting characters, clever mechanics and great balance. We spent some time with it both offline and online and here’s our review.

A big issue in modern fighting games is balancing the experience for both new users and hardcore players. Dragon Ball FighterZ handles that ably – an auto-combo system lets you mash light or medium attacks for potent chains, but more careful button presses yield better damage. Complex inputs are also not present – just about every super or special in the game is done with a simple quarter-circle forward motion and one or two buttons.

The character roster is also a big selling point. In addition to the expected Super Saiyans like Goku and Gohan you also have a wide selection of supporting characters and villains, most of which have their own unique quirks and mechanics.

Since this is the Ball Report, we have to spend a little time on the titular Dragon Balls. In the anime and manga, collecting all seven of these mystical orbs allows you one wish for just about anything. In the game, you earn them by performing combos of various lengths up to 70 hits. Once all seven are collected, the dragon Shenron appears and gives you a buff of your choice, from recovering health to giving you a second Sparking Blast.

The biggest downside to Dragon Ball FighterZ is its online component. The lobby system and matchmaking are clunky when they work and absolutely unusable when they don’t. Hopefully Arc will be able to rectify this in a patch.