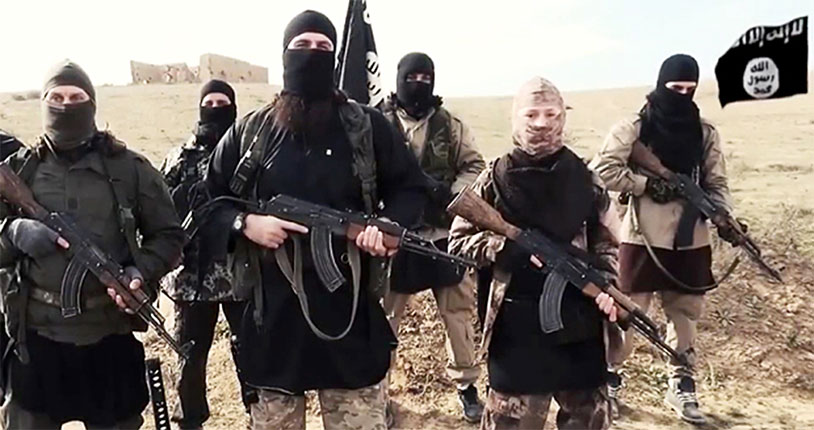 We’ve covered a lot of uses for testicles here on the Ball Report, but using them as weapons of warfare? That thought had never occurred to us. But the naughty scamps of the global terror organization known as ISIS are pushing the envelope, as an operative who was captured by police after the Brussels attacks shows.

The man’s name is Abderrahmane Ameroud, and he’s one of several Islamic militants who were hunted down after the brutal attacks in Belgium and Paris earlier in the year. He’s known to have been active in Islamic terrorism since the turn of the century and alleged to have been one of the organizers of the September 11th attacks.

When investigators took an inventory of his backpack, they discovered one very curious item: a plastic bag filled with an unidentifiable biological substance. Police sent it to a lab for analysis, and the result was pretty disgusting. The sludge in the bag was a mixture of feces and shredded animal testicles.

The Daily Star has the full story on the terrorist’s bizarre cargo, theorizing that perhaps he was intending to use the grotesque mixture for some kind of biological “dirty bomb” attack.

Poop has been used for biological warfare for centuries, often to poison water supplies and spread disease, but testicles add a new wrinkle to that plan. We’re not exactly sure what the addition of some hacked-up balls would provide to the ISIS weapon aside from just gross-out factor. Ameroud doesn’t seem to be talking in custody, so it’s possible that the case of the poop and balls bomb will stay a mystery for some time.

It really makes you think – the military in the Western world is spending billions on drones and fancy technology, and ISIS is running circles around us with bags of balls and poop. War has changed, my friends, and testicles are just the latest casualty.